The League of Extraordinary Gentlemen 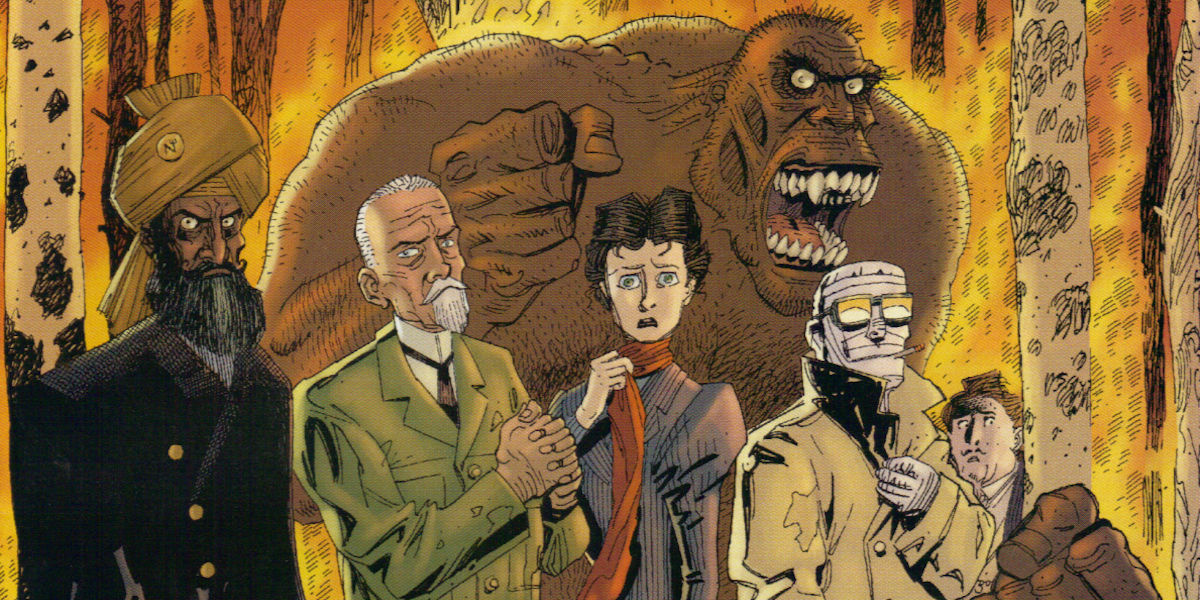 The League of Extraordinary Gentlemen is a comics franchise created by acclaimed British author Alan Moore in collaboration with artist Kevin O’Neill. The series appropriates characters from British literature, introduces them into a shared continuity, and assembles them in a common adventure—a trope taken from American comic books where separate superheroes are teamed in a shared feature, such as the Justice League or the Avengers.

Each issue features ancillaries such as prose pieces and period advertising, some authentic, others clever parodies. One such parody prompted WildStorm’s parent company, DC, to recall the fifth issue and replace it in a new printing. Moore disdained such editorial interference.

A second six-part series appeared in 2002, pitting the League against the Martian invaders from Wells’ The War of the Worlds. Both volumes were collected into trade paperback and lavish “Absolute” editions.

20th Century Fox released a film adaptation in 2003, directed by Stephen Norrington and starring Sean Connery. Although the film shared the series’ premise, its script strayed from the source material, and both Moore and O’Neill disavowed it. Poor critical reception helped undermine plans for a film franchise.

In 2007, Moore and O’Neill produced Black Dossier. Set in 1958 where Murray and Quartermain investigate the history of the League, Dossier features more publishing homages, including a Tijuana Bible and 3D effects. Two years later, Moore and O’Neill launched their third series, the three-part Century, with another pair of publishers, Knockabout in the UK; Top Shelf in the US. The series also spun off graphic novels featuring Janni Dakkar, the original Captain Nemo’s daughter and heir, in Nemo: Heart of Ice (2013) and Nemo: The Roses of Berlin (2014).

Although initially rooted in the steampunk aesthetic, the series has expanded its reach, honoring literary traditions across time and evolving into a meditation on publishing in all its varied forms.