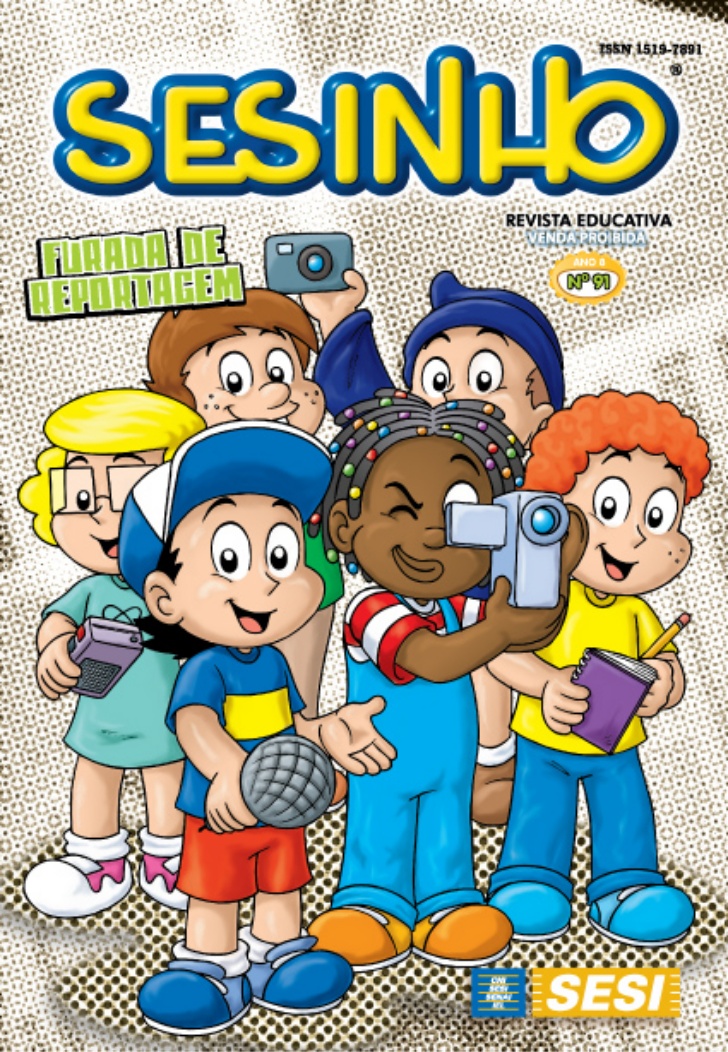 Part of an important aspect of the Brazilian comics tradition, Sesinho is an illustrated magazine for kids that publishes comic strips. Its name is a diminutive of SESI, acronym for Serviço Social da Indústria (Social Service of Industry), an entity created in 1946 for entrepreneurs to provide cultural activities for employees. As part of that social politic, Sesinho was published in the following year until 1960; recently, the publication was reformulated and new editions were published between 2001 and 2011.

Sesinho can be located in the tradition of illustrated magazine for kids, historically considered as the first format of comics publication in Brazil, which O Tico-Tico (1905-1959) represents the paradigmatic model. This means that, like O Tico-Tico, the role of providing readers with educational and moral values was a main prerogative of Sesinho’s editorial politics. The main character, also called Sesinho, strives to entertain and educate the generation of young readers through his goodhearted actions and exemplary postures. Always willing to help people, he was an honest and devoted friend.

During the first period of publication, comics were already a reality hard to contour. Editors like Roberto Marinho (1991-2003) and Adolfo Aizen (1907-1991) had already published North American syndicated comics through newspapers since the 1930s; in 1945 the latter created Editora Brasil-América Limitada (EBAL), a publisher exclusively responsible for selling comic books. The first critical assessments on comics concerned themselves with the supposedly bad values transmitted from comics to the kids soon appeared. Seen as a foreign and inferior form of literature, comics were the target of several sustained attacks. One in particular was written by the children’s literature author Vicente Guimarães, the editor of Sesinho who considered comics as detrimental to kids and something for them to avoid. In contrast to North American comics, Sesinho argued in favor of so considered positive values like hard work and healthy habits. Distributed for free to the sons of industrial workers and also public school students, Sesinho was sold in newsstands and helped to mature the process of continuing industrialization at that moment in the country through the hearts and mind of the young readers.

But it was hard to beat comics as entertainment, and Sesinho wouldn’t reach the 1960s. Recently, the publication returned as a magazine distributed internally, but without the same impact as it once had.