Why the Humanities Matter 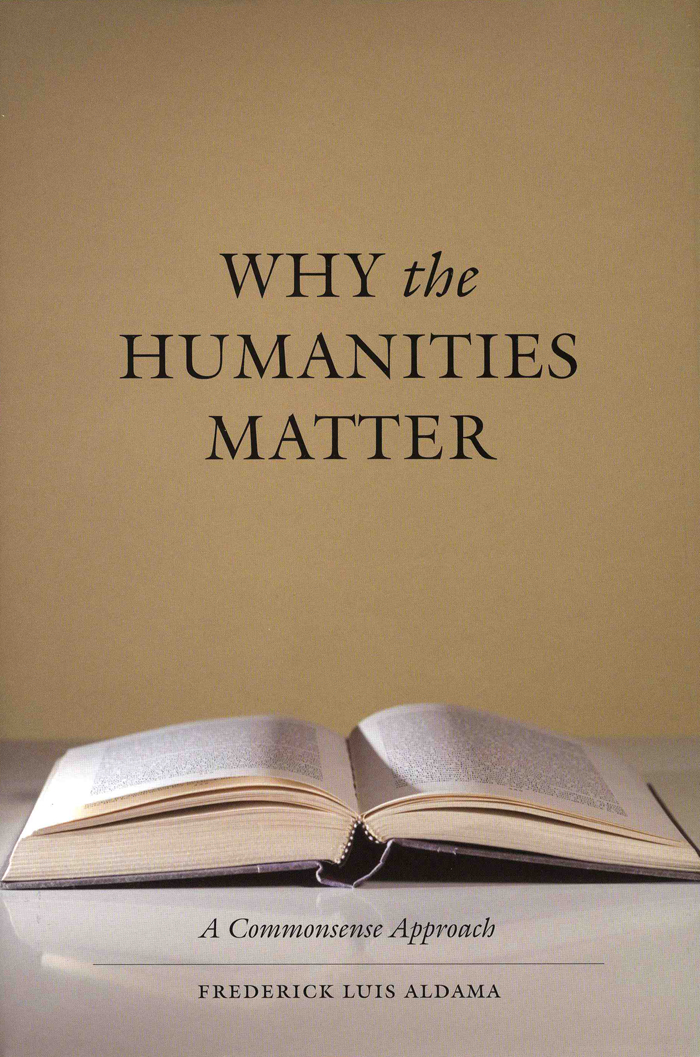 Is there life after postmodernism? Many claim that it sounded the death knell for history, art, ideology, science, possibly all of Western philosophy, and certainly for the concept of reality itself.

Responding to essential questions regarding whether the humanities can remain politically and academically relevant amid this twenty-first-century uncertainty, Why the Humanities Matter offers a guided tour of the modern condition, calling upon thinkers in a variety of disciplines to affirm essential concepts such as truth, goodness, and beauty.

Offering a lens of “new humanism,” Frederick Aldama also provides a liberating examination of the current cultural repercussions of assertions by such revolutionary theorists as Said, Foucault, Lacan, and Derrida, as well as Latin Americanists such as Sommer and Mignolo. Emphasizing pedagogy and popular culture with equal verve, and writing in colloquial yet multifaceted prose, Aldama presents an enlightening way to explore what “culture” actually does—who generates it and how it shapes our identities—and the role of academia in sustaining it.

Aldama traces the history of how various US administrations have manipulated university curriculums – from the CIA subsidising conferences and magazines, to the funding poured into the study of Middle Eastern languages, culture and history after 9/11; not to better engage with those countries but to better control them. . . .

Aldama reserves his real ire, though, for those whom he terms “idealists”. Whether they hail from history, literature or cultural studies, they all “privilege the mind over the material world” and imagine that if we change the way we speak, we change the world. That notion, which has its roots in the famous opening of the Gospel of St John – “In the beginning was the word” – contains some truth, but Aldama is surely right to point out that it has been given too much credence in recent years. . . .

Top of the list is encouraging “thoughtful and critical thinking”, the very things that learning and teaching are designed to suppress. But if you want a short answer to why the humanities matter, it’s this: we repeat that which is worth repeating, and that which is in danger of being forgotten. . . .

Ranging over topics as diverse as translation, music and the nature of modernity, Why the Humanities Matter is not an easy read. It’s strictly for the dedicated and certainly not for students. But persevere and the rewards are great; particularly enjoyable is Aldama’s debunking of Jacques Derrida, Michel Foucault and Lacan. For years they were worshipped as the Trinity instead of studied as thinkers, but here they are brought severely down to earth. The way is then cleared for establishing the humanities on a more empirical footing, whether it is the social or indeed the chemical. Aldama has a lot to say about neurons.

This is one of the most versatile, colloquially written, and philosophically astute readings of the American politics of race and the university that one can find anywhere. In the name of a ‘new humanism’ based on struggle, Aldama draws (at times humorously) on his experiences as a teacher to give a persuasive account of the self based (of all things) on neuroscience and evolutionary biology. An exciting book.

In his wide-ranging new study, Frederick Aldama is ahead of the curve, ratcheting up the kind of synthetic, interdisciplinary work one finds in writers like Frans de Waal, Patrick Colm Hogan, Andy Clark, and Susan Oyama to a vision of the humanities itself as a field permeated everywhere by scientific insight. In this, Aldama energetically pursues what E. O. Wilson called ‘consilience,’ but at its broadest level and with a respect both for scientific reductionism and for its limitations at this level of complexity.