The Routledge Companion to Gender, Sex and Latin American Culture 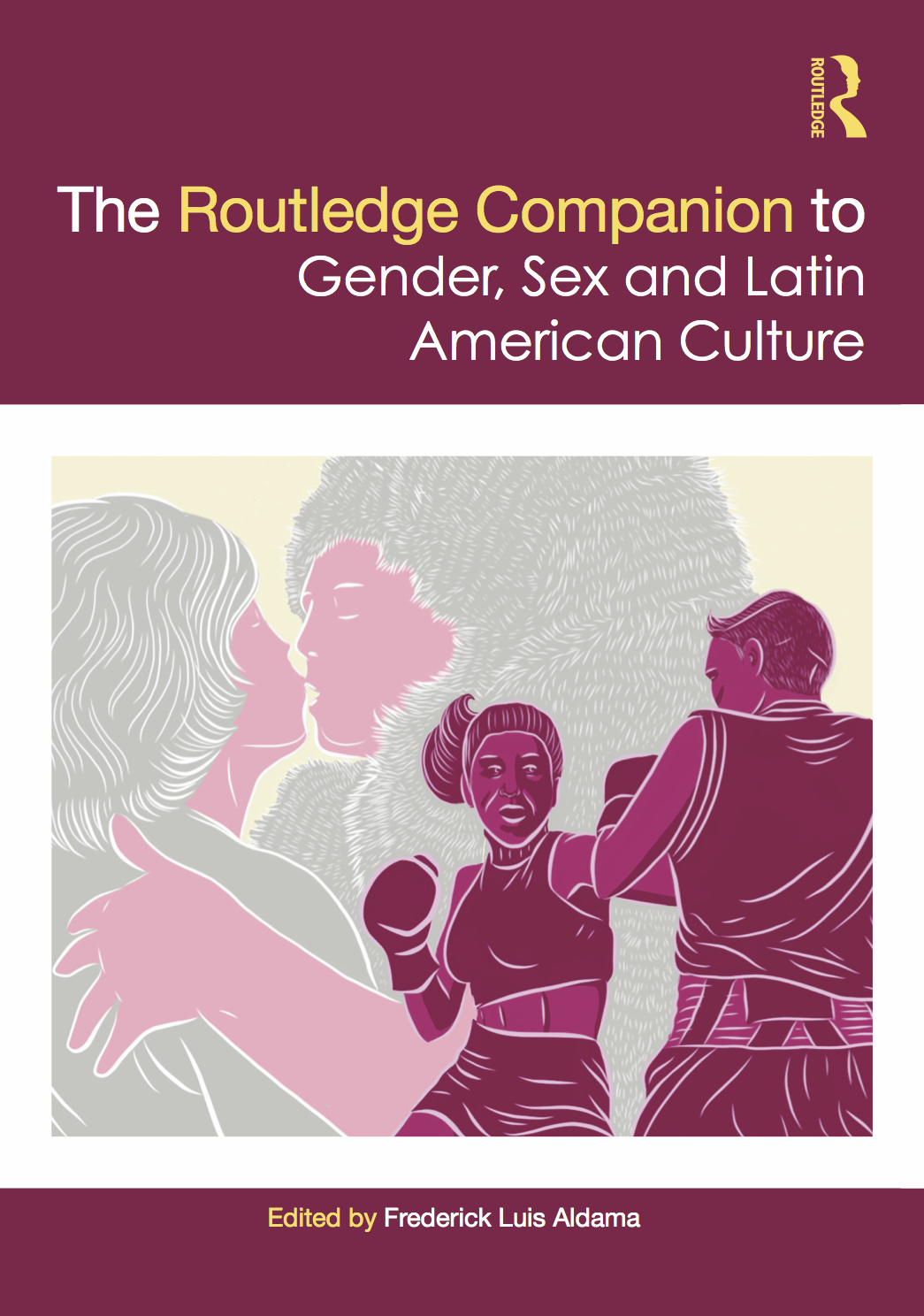 The Routledge Companion to Gender, Sex and Latin American Culture is the first comprehensive volume to explore the intersections between gender, sexuality and the creation, consumption and interpretation of popular culture in the Américas.

Chapters seek to enrich our understanding of the role of pop culture in the everyday lives of its creators and consumers, primarily in the 20th and 21st centuries. They reveal how popular culture expresses the historical, social, cultural, and political commonalities that have shaped the lives of peoples that make up the Américas. And highlight how pop culture can conform to and solidify existing social hierarchies, whilst on other occasions contest and resist the status quo. Front and centre are issues of gender and sexuality in this collection, making visible the ways in which subjects who inhabit intersectional identities (sex, gender, race, class) are ‘othered’, as well as demonstrating how these same subjects can and do use pop cultural phenomena in self-affirmative and progressively transformative ways. Topics covered in this volume include TV, film, pop and performance art, graffiti, video games, music, photography, comic books, news, web and digital media.

“A sharp observer and scholarly commentator, Aldama gives sex and gender a new twist. He gathers expert analysts who put sex and gender into contemporary but unfamiliar contexts of popular culture. They take us into national (Chile, Mexico, Brazil, Japanese Peru, Puerto Rico, Argentina, Cuba), pre-national (Amerindian), and hemispheric transnational spaces (the U.S.-Mexico border, Budapest-Brazil, Japan-Peru, Cuba-U.S.) of cultural production. An absolutely necessary resource for all those interested in the dynamic and varied ways that of sex and gender inform the shaping of pop culture in the Américas.”

“Aldama’s Companion brings together under-explored intersectional identities and cultural riches that provide the keys to understand the intricacies of Latin American culture. The essays shed light on how gender, sexuality, race, and class traverse all facets of our lives. This is a must-have for all Latin American Studies programs.”

“More than ever, pop culture permeates every nook and cranny of our increasingly globalized world. It is unavoidable. Through richly varied theoretical approaches and methodologies, covering a broad range of topics from comics to futebol, Aldama’s Companion reframes pop culture as a central field of study for understanding the complexities of Latin America.”

“In Latin America, as elsewhere, popular culture can enforce systems and structures of oppression as well as provide a space for resistance to them. The redoubtable, versatile Aldama is the perfect impresario for these studies into how various forms of pop throughout the Hispanophonic Western hemisphere shape and are shaped by gender and sexuality.”