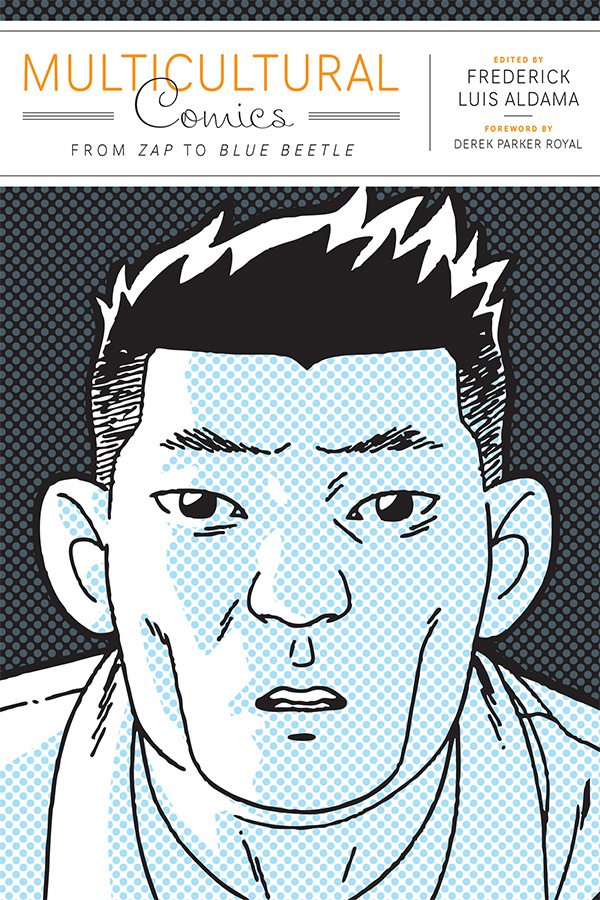 Multicultural Comics: From Zap to Blue Beetle is the first comprehensive look at comic books by and about race and ethnicity. The thirteen essays tease out for the general reader the nuances of how such multicultural comics skillfully combine visual and verbal elements to tell richly compelling stories that gravitate around issues of race, ethnicity, gender, and sexuality within and outside the U.S. comic book industry.

Among the explorations of mainstream and independent comic books are discussions of the work of Adrian Tomine, Grant Morrison, and Jessica Abel as well as Marv Wolfman and Gene Colan’s The Tomb of Dracula; Native American Anishinaabe-related comics; mixed-media forms such as Kerry James Marshall’s comic-book/community performance; DJ Spooky’s visual remix of classic film; the role of comics in India; and race in the early Underground Comix movement. The collection includes a “one-stop shop” for multicultural comic book resources, such as archives, websites, and scholarly books. Each of the essays shows in a systematic, clear, and precise way how multicultural comic books work in and of themselves and also how they are interconnected with a worldwide tradition of comic-book storytelling.

Frederick Luis Aldama, author of Your Brain on Latino Comics: From Gus Arriola to Los Bros Hernandez (2009), has assembled an important collection in Multicultural Comics. The essays take a critical look at race and culture in comics, a powerful medium that has often been used to stereotype and marginalize the Other, but also holds the power to address ideas of marginality, subalterity, hybridity, and identity. . . .

The variety of material presented—including Critical Race Theory and de/post-colonialism—should make this book useful not only to specialists in comics and graphic novels, but also to those in broader literary, media, and cultural studies. . . .

This collection is a giant step in seeking out the gaps in cultural representation, focusing on a medium that Scott McCloud calls the invisible art. . . .

As comics themselves become visible to the broader scholarly world, work like Multicultural Comics demonstrates their power to approach people and subjects differently than other media, creating complex and illuminating narratives about those that too often remain unseen.

In Multicultural Comics, Aldama has collected essays that explore multiculturalism from nearly every possible perspective within comics studies. . . . Aldama’s book works extremely well as a starting point from which to begin comics research, particularly for those who might be new to the field.