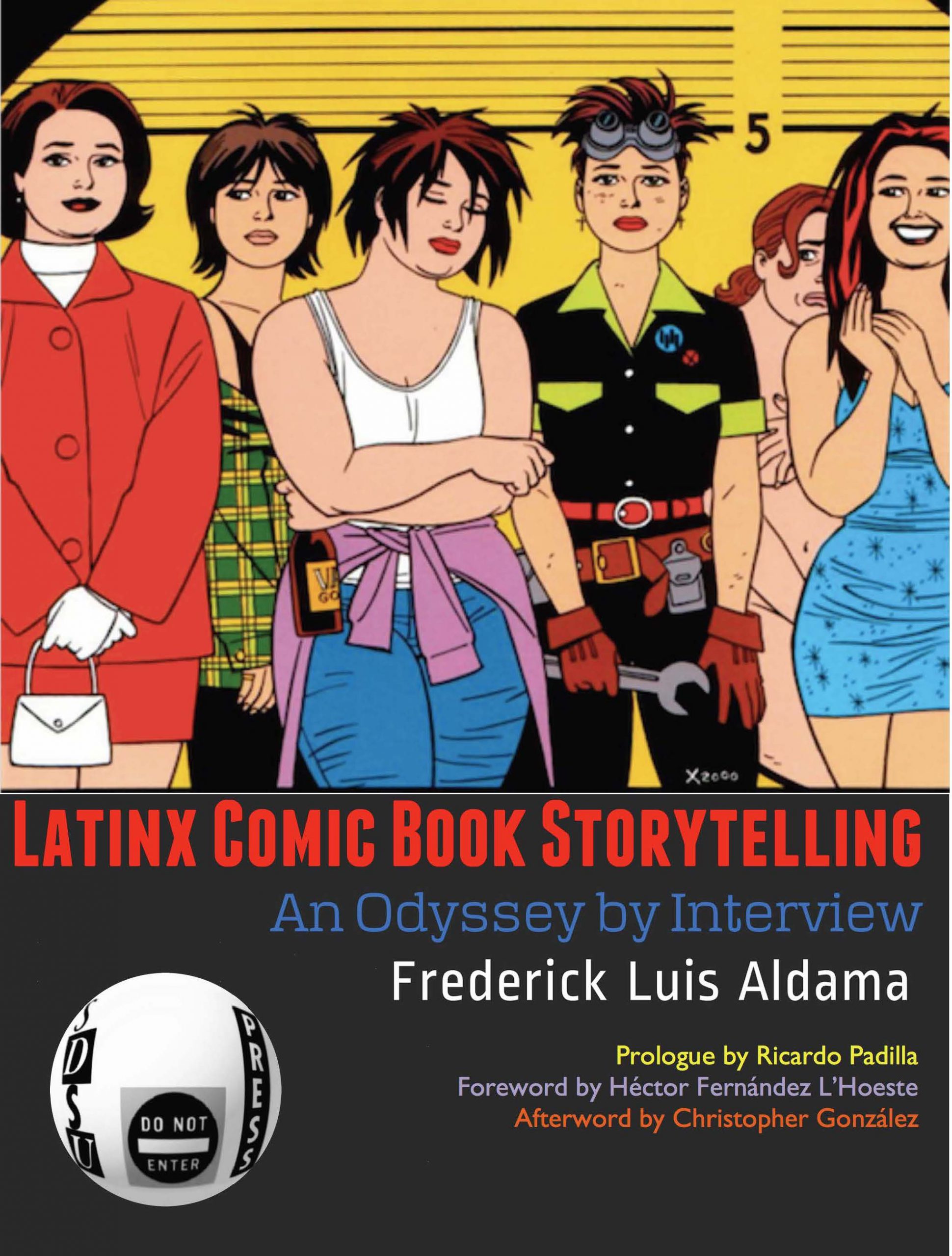 The pages of this collection do  more than just tell the reader about Latinx comics; it immerses them. Upon opening this dynamic collection of works, readers will be transported from the mundane day-to-day into compelling pages filled with graphic art and interviews with its creators. Through the sketchbooks and minds of artists such as Jaime Hernandez, Raul Gonzalez the III, Cristy C. Road, Liz Mayorga, and others, readers join a vibrant discussion of comics that is aesthetically and intellectually engaging.

Latinx Comic Book Storytelling is an insightful and entertaining experience for readers of all walks. It enlightens them to the writing process and history of many of their favorite comics while simultaneously providing an interesting cultural study in regards to the growing prominence of Latinx contributors to the comic medium.  Aldama’s text directly addresses the question of Latinx representation within the genre.

Matt Madden, author of 99 Ways to Tell a Story: Exercises in Style

The US comic’s scene is evolving-along with the rest of the culture-slowly, sometimes painfully, but inexorably towards a greater diversity of readers & creators, of new styles & stories. This book gives us a series of intimate conversations with several generations of Latin@ cartoonists (diverse themselves in their backgrounds and interests) juggling craft and art with heritage and language. These pioneers have their noses to their drawing boards and tablets but they keep their eyes on the larger significance of their work.

Jan Baetens, University of Leuven, co-author of The Graphic Novel: An Introduction

In this timely and transformative collection of interviews, Aldama brings to life the stories, achievements, and creative process of 29 Latino-and Latina!-comic book artists. Jettisoned to new heights of exploration, this vertiginous journey opens us to a world of breathtaking visual-verbal creativity and the embrace of a resplendently diverse and eager community of readers. Latino comic book storytelling, its characters, and wondrous world-makings vitally transform, renew, and replenish the comic’s field. They are the revolution-and Aldama’s at the frontlines to capture it all.

Aldama stretches open a new space of critical thinking about Latinidad and comics in the 21st century. As a living lightning rod, Aldama captures then spins out anew psionic thunderbolts of intellectual and creative insight offered by today’s Latino comic book storytellers. With Aldama and his cadre of Fantastic 29 you get the alpha to omega of Latino comics. Prepare yourself. This is the Big Bang!

In this groundbreaking book Aldama takes the reader with him into a dynamic sequential world that is, unfortunately, seldom seen. Through these conversations we become privy to the struggles, inspirations, and triumphs of the Latino/a comics artist. It’s an amazing Odyssey in every sense of the word!