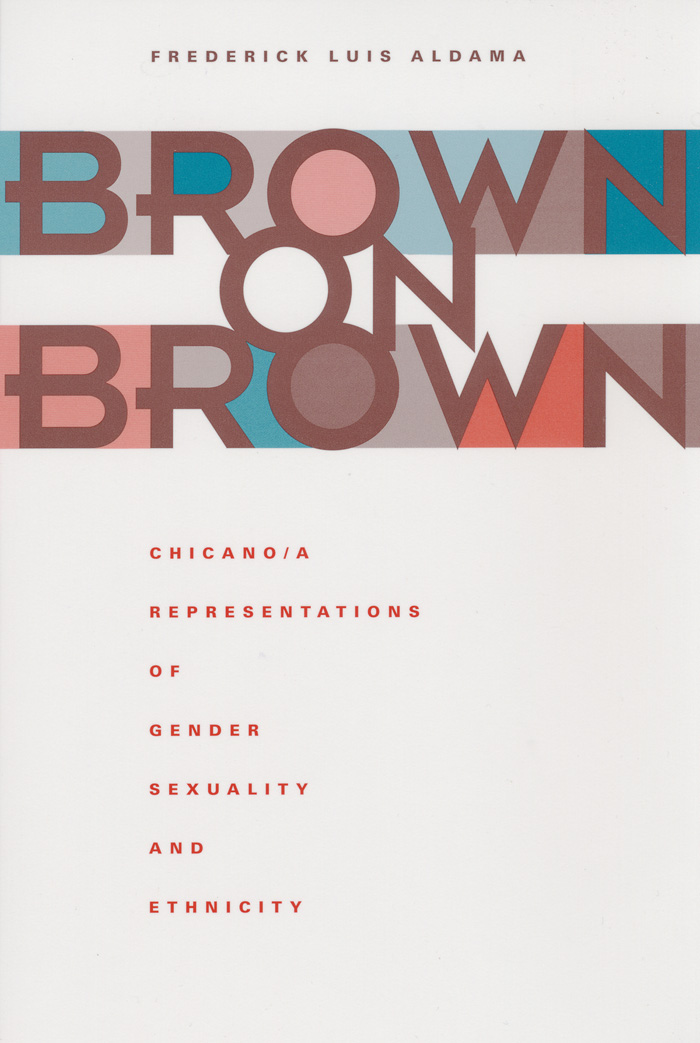 In Brown on Brown I use insights from the affective and cognitive sciences as well as narrative theory to investigate the ways in which race and gay/lesbian sexuality intersect and operate in Chicano/a literature and film while taking into full account their imaginative nature and therefore the specific kind of work invested in them.

I frame the textual analyses within today’s larger (globalized) context of postcolonial literary and filmic canons that seek to normalize straight, white identity and experience. I focus on the work of authors such as Arturo Islas, Richard Rodriguez, John Rechy, Ana Castillo, and Sheila Ortiz Taylor, as well as that of film director Edward James Olmos.

In the juxtaposition of narrative materials and cultural personae along with my premise that literature and film produce fictional examples of a social and historical reality concerned with ethnic and sexual issues largely unresolved, Brown on Brown aims to integrate and deepen Latino/a literary and filmic studies within a comparative perspective.

Brown on Brown offers many essential nuggets of information that enable the reader to trace the historical emergence of queer Chicano/a interventions in literary and cultural production. . . .

The historicizing impulse detected here is one of the most effective aspects of Brown on Brown. By listing important figures in the field and invoking key texts, such as Ya Vas, Carnal—the collection of poetry published in 1985 that is almost never mentioned when accounting for Chicano gay male literature—Aldama constructs a catalog that is indispensable for the researcher attempting to locate sources on sexuality and Chicano/a culture. In addition,I find his emphasis on narrative technique stimulating for the way it considers the role of the author in generating social meaning.

Aldama’s book is a dense, theoretically-informed analysis of Chicano/a literature and film. Readers interested in and knowledgeable about deconstruction, psychoanalysis, postcolonial and poststructuralist theory will find the book appealing. Aldama’s exploration of the work of John Rechy, Arturo Islas, Richard Rodriguez, Ana Castillo, Sheila Ortiz Taylor, and Edward James Olmos is an important contribution to the field of Chicano/a and Latino/a Studies.

In examining Chicana/o authors(Ana Castillo, Sheila Ortiz Taylor, John Rechy, Richard Rodriguez) and one film director (Edward James Olmos), Aldama aims to create a more astute analysis of the “ethnosexual” self. Indeed, he contributes significantly to our understanding of gender and sexuality in Chicana/o cultural production. However,despite a carefully wrought introduction that walks the reader through the biological and cognitive scientific models that Aldama proposes to draw on for his new interpretation of the “ethnosexual” self, those models do not inform his textual interpretations. . . .

The strengths of his readings emanate not from science but from his supple use of aesthetic and narrative theory. These analytical models make Aldama’s interpretations consistently illuminating, and I think they would have made the basis for a more compelling introduction.

From Amazon | From University of Texas Press | From Barnes & Noble