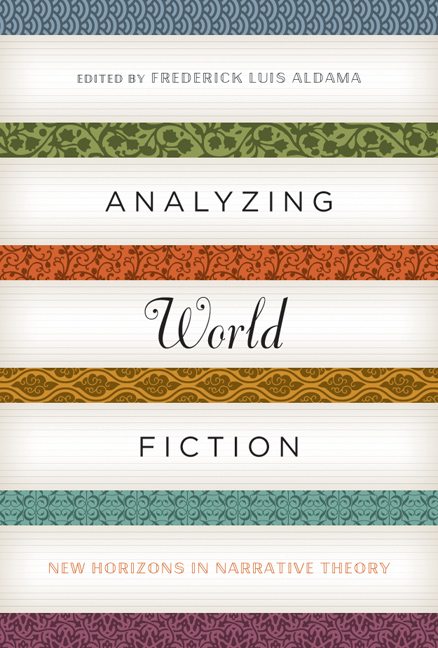 Why are many readers drawn to stories that texture ethnic experiences and identities other than their own? How do authors such as Salman Rushdie and Maxine Hong Kingston, or filmmakers in Bollywood or Mexico City produce complex fiction that satisfies audiences worldwide? In Analyzing World Fiction, fifteen renowned luminaries use tools of narratology and insights from cognitive science and neurobiology to provide answers to these questions and more.

With essays ranging from James Phelan’s “Voice, Politics, and Judgments in Their Eyes Were Watching God” and Hilary Dannenberg’s “Narrating Multiculturalism in British Media: Voice and Cultural Identity in Television” to Ellen McCracken’s exploration of paratextual strategies in Chicana literature, this expansive collection turns the tide on approaches to postcolonial and multicultural phenomena that tend to compress author and narrator, text and real life. Striving to celebrate the art of fiction, the voices in this anthology explore the “ingredients” that make for powerful, universally intriguing, deeply human story-weaving.

Systematically synthesizing the tools of narrative theory along with findings from the brain sciences to analyze multicultural and postcolonial film, literature, and television, the contributors pioneer new techniques for appreciating all facets of the wonder of storytelling.

Its aim, as the editor states in the preface, is to bring together narrative theory and US ethnic and postcolonial studies. The essays collected here include analyses of African American, Asian American, Chinese, Filipino American, Francophone Caribbean, French, Mexican, South Asian Indian, and US Latina narratives, encompassing different media – literature, theater, cinema, and television.